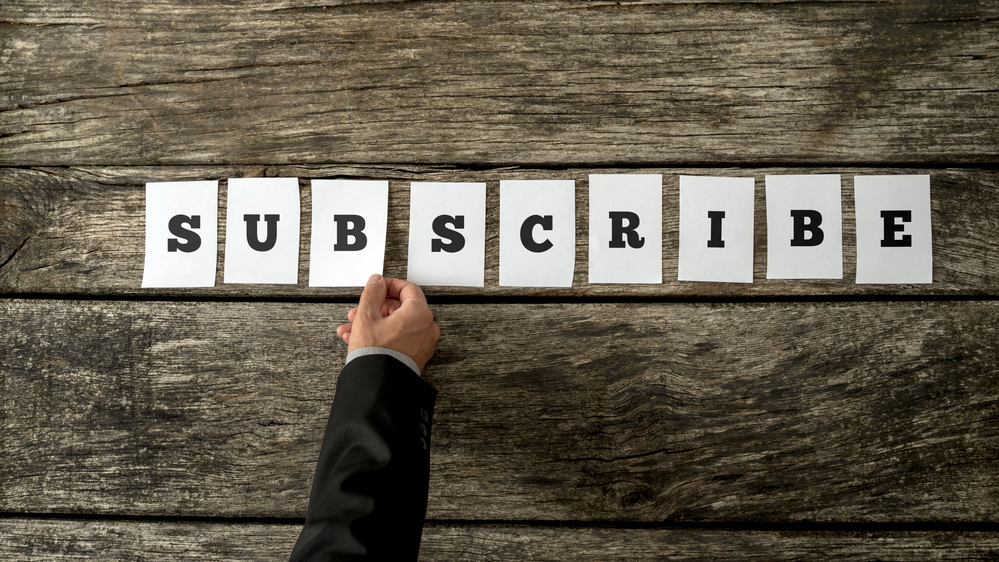 Publishing 101: How to Overcome a Drop in Subscribers

The number of people willing to pay for subscriptions to digital news publications has started to decline — here’s what publishers can do to overcome a drop in subscribers.

After years of stagnant subscription sales, it seemed as though news publishers had finally turned things around in 2017. Fresh off the U.S. presidential election, digital subscription rates were reaching all time highs.

A 2017 survey by Reuters Institute found that the number of people paying for online news jumped from 9% in 2016 to 16% in 2017. Those who paid said they were more interested in news reporting that lifestyle and entertainment content, and many publishers shifted their editorial efforts to capitalize on the shift in reader interests. By 2018, 44% of publishers listed digital subscriptions as their most important revenue stream.

Strong subscription programs have helped digital publishers decrease their reliance on digital advertising revenue. The change in strategy has largely been seen as a deft move—one that has bolstered the strength of newsrooms around the country—but new research indicates that there could be a hiccup in the plan.

A new survey, released by Reuters Institute, cautions that the number of consumers who are willing to pay for online subscriptions is small, and that “subscription barriers could end up annoying consumers further and giving people another reason to turn away from news.”

Even more worrisome for digital publishers, Reuters’ survey indicates usage of software or browser extensions to get around online paywalls is on the rise. For publishers who’ve decreased their reliance on digital advertising, a drop in subscribers could be trouble.

For starters, we’re recommending that digital publishers who’ve noticed a drop in subscribers consider changing up their subscription packages. They may want to consider introducing membership programs instead. Buzzfeed and The Daily Beast are just two examples of publishers who have launched online membership programs. Other digital outlets, including Fortune, HuffPost, and Yahoo Finance, are expected to come out with similar programs later this year.

Membership programs are different from subscriptions, in that they make readers feel like they have a greater stake in the game. Members are a part of the team, whereas subscribers are merely readers of a publication. Membership programs also tend to come with extra perks, like newsroom tours and reporter meet-and-greets. These serve as powerful incentives that encourage people to pay for the news they consume, but they don’t necessarily cost publishers a fortune to implement.

Another, perhaps less desirable option, is for publishers to return to digital advertising. Yes, display rates have dropped in recent years, but there are still plenty of opportunities for digital publishers who are interested in going this route. Native advertising and sponsored content give digital publishers a way to connect with business advertisers at a higher price point, without involving the programmatic networks.

Publishers who feel committed to their existing subscription programs can try discounts or limited-time offers as a way to overcome a drop in subscribers. That’s what The New York Times has done. The company ran an introductory offer that charged readers just $1-a-week for one-year. That offer produced strong results, in terms of bringing in new subscribers, but it’s too soon to tell whether readers who purchased subscriptions at discounted rates will continue past their initial trial periods and pay full price in the future.

Publishers can also expand their service areas to bring new readers in. This strategy works best for regional publishers and hyperlocal publishers. By expanding the geographic areas they cover, publishers are introducing themselves to new groups of readers who may be willing to pay for access to their websites.

Digital publishers also have to overcome the sense among consumers that online news is something they can get for free. That might mean creating stronger paywalls, or it might mean posting less content on social media platforms like Facebook and Twitter. What we know for sure is that exclusive, original reporting is always going to be a key element in a successful subscription program.

Readers cannot be expected to pay for content they can consume for free elsewhere on the web, but we’re still seeing plenty of indications that readers are willing to pay for access to premium content that’s relevant to their lives.

Has your publication noticed a drop in subscribers, and if so, which strategies have you implemented to reverse the trend?