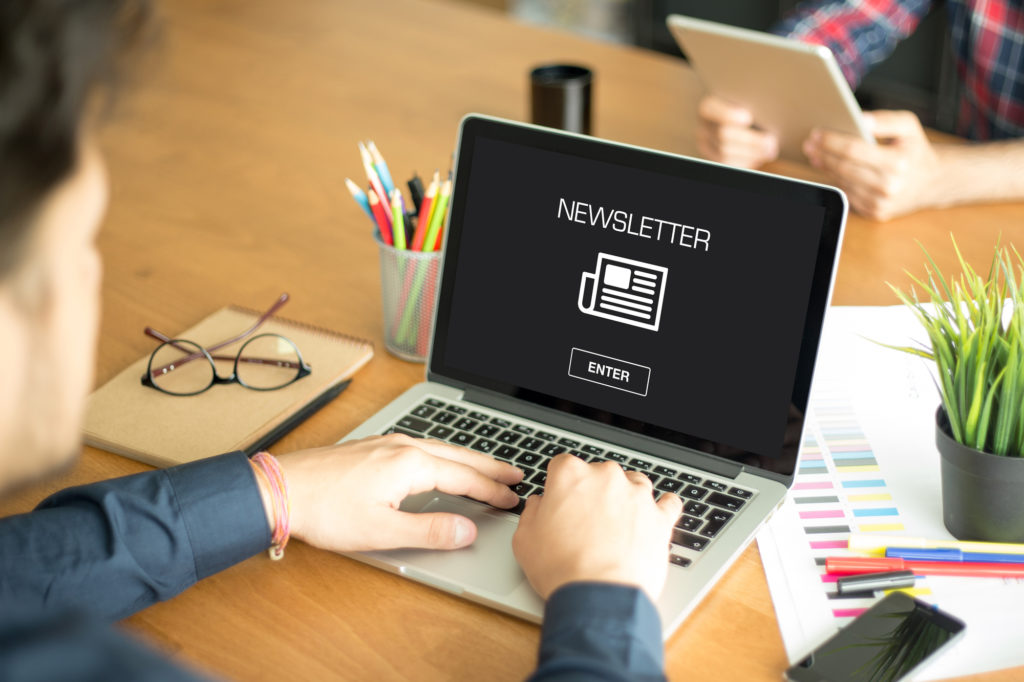 The recent decision by Forbes to launch its own paid newsletters platform has been seen by many in the publishing industry as a signal that change is on the horizon. But Forbes isn’t the only major media company to go this route. A handful of legacy media outlets have launched paid newsletter platforms over the past year. Should local news publishers follow their lead and encourage their own reporters to launch standalone paid newsletters?

Forbes’ platform allows writers to launch paid newsletters under the media company’s umbrella. Writers who publish their own standalone newsletters will still be a part of the company’s staff, meaning they will receive a salary and benefits in addition to a split of any subscription or ad revenue that’s generated through their newsletters. The strategy feels like a win/win for Forbes and its employees. Writers have another opportunity to generate revenue from their work, and Forbes has the opportunity to extend its brand.

Forbes’ Journalist Entrepreneurs platform isn’t the only platform that writers and editors can use to self-publish email newsletters. Substack has become an incredibly popular solution for both freelance writers and independent publishers who want to generate additional revenue through paid newsletters.

Regardless of which platform they choose, the strategy remains roughly the same. Most publishers already have their own email newsletters at this point. A select few might even sell subscriptions to premium newsletters. In these scenarios, publishers are usually charging readers for access to daily, weekly, or monthly newsletters. Clearly, a paid newsletter needs to provide value that readers can’t get for free elsewhere. With more local news readers reportedly willing to pay for premium content, publishers appear to be striking while the iron is hot.

None of this is new. What is new here, and the reason why local news publishers are questioning whether Forbes’ new strategy is one that might work for them, is Forbes’ decision to allow its writers to create and distribute their own premium newsletters under the company’s umbrella. Think of it like a sanctioned “side hustle,” except writers are agreeing to split their profits with the publications they work for.

So, a digital publication covering local news in Small Town USA might have a sports reporter with his own weekly premium sports newsletter and a features reporter with her own monthly restaurant roundup. Under the model being used by Forbes, these writers would create and distribute their paid newsletters using the publication’s resources, and in return, they would agree to split the profits generated by subscriptions or ad sales in their newsletters. Smaller platforms like Subtext are another option here. With Subtext, writers can create subscription text services for fans who want the inside scoop on their reporting.

Local news publishers have always had the option to code their own ad-free websites with paywalls and checkout pages, or work with web development companies like Web Publisher PRO, which exclusively serve digital publishing clients. The benefit of working with a web development company is that the process for launching a paywall website with a premium tier has already been refined, so publishers deal with far fewer headaches and hassles along the way as they develop additional revenue streams.

Writers who launch paid newsletters under their publications’ umbrellas don’t have to worry about the hassles that come with selecting and implementing the best content management systems (CMS) or email service providers. The publisher has already done all that work. With this approach, writers maintain flexibility and they can focus their efforts on producing the best premium newsletters possible. All the technology hassles are handled by the publisher.

If you are interested in exploring this option further and encouraging your writers or editors to create their own premium newsletter products, you can connect with Web Publisher PRO for guidance on how to implement this approach. Most publishers will find that they can use WordPress and MailChimp to produce and distribute paid newsletters, however there are also newer platforms like TinyLetter and Substack that you might want to explore.

To learn even more about how top publishers are generating revenue with premium newsletters, click here.