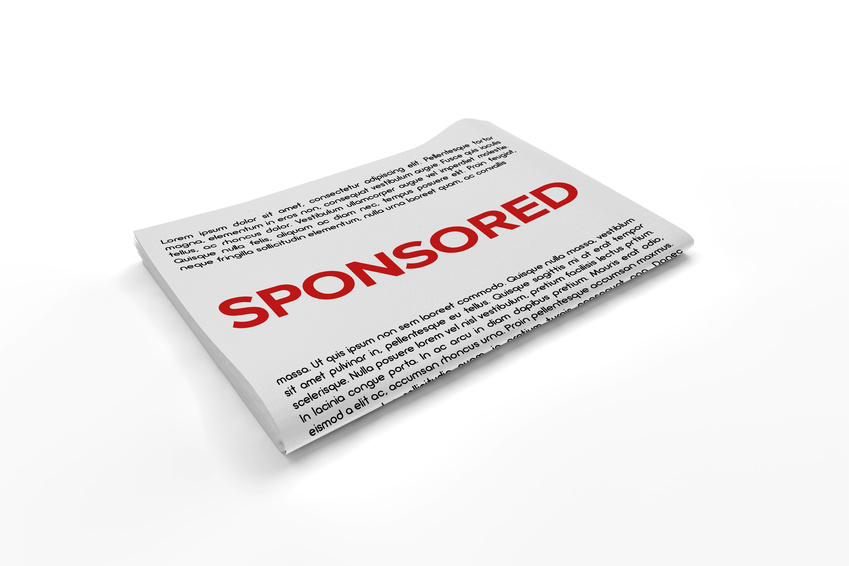 Sponsored content plays an important role in the online publisher’s monetization strategy, particularly among those publishers looking to diversify their revenue streams and get out from underneath sinking CPMs.

Spending on sponsored content is predicted to reach $3.1 billion by the end of this year, providing a new revenue stream for publishers looking outside the traditional world of banner advertising. At The Atlantic, three-quarters of digital ad revenue was expected to come from sponsored content last year.

Written in a way that’s engaging to the publisher’s audience, sponsored posts or articles are often produced by a media company’s staff writers. Having the content written in-house ensures a similar tone, and it lends an air of editorial authenticity that can be hard to replicate with other ad formats.

But balancing editorial authenticity with the need to be upfront with readers about what is and is not sponsored content can be tricky. Readers shouldn’t feel misled or tricked, so it’s important that publishers label their sponsored content sections accurately and make it clear which articles have been paid for by outside advertisers.

The following guidelines can be useful when putting together sponsored content.

Whether sponsored content is given its own section on a website or published alongside traditional editorial articles, it should be clearly labeled and defined. Every effort should be made to inform readers that the article they are reading has been paid for, so as to avoid breaking the trust that hyperlocal publications have earned from their readers.

Adding a label or subheading that reads “Sponsored Content” above the headline on a sponsored article is the most common way for publishers to announce this type of content. Other publications have gone as far as to place paid content within shaded boxes or include a line that reads, “This post is sponsored by” at the end of the article. Publishers should also include the name of the advertiser in the byline, where a writer’s name would traditionally be placed.

Advertisers want their messaging to blend seamlessly into a publication’s editorial content, but they also want to ensure as many eyeballs see that messaging as possible. To help meet those requests, some publishers have gotten creative. In addition to straightforward articles, publishers can offer to create sponsored podcasts, videos, listicles, infographics, and photo galleries for brands.

Quartz charges advertisers for sponsored articles and infographics that run in between every four or five editorial posts. This is the most common placement for most local publishers, as well.

While media outlets like Quartz have found success publishing sponsored content in between editorial articles, other companies are carving out separate spaces within their sites for paid content.

Forbes created a separate place for sponsored content as a way to ensure that readers don’t feel duped by what they’re reading. For a monthly fee, brand advertisers can post content to Forbes’ Brand Voice platform. The amount of content and syndication of that content depends on the pricing level that the advertiser selects.

The Huffington Post has also created entirely new sections on its website based around brand sponsorships. For example, the company launched an Impact X section focusing on “where people, technology, and social converge” with original branded content for Cisco. Content for that section was curated by the Huffington Post’s social marketing team.

The Huffington Post isn’t the only organization that assigns its staffers to generate sponsored content. A number of media outlets, from the smallest hyperlocals to the largest news conglomerates, will produce sponsored content for brands — for a price.

Publishers walk a fine line when they assign editorial staff writers to create advertising content, however brands have been known to pay a premium for these services, and the content that results often fits in seamlessly with a publisher’s existing editorial tone.

For larger publishers, it may make more sense to employ a dedicated team of writers to produce creative content for advertisers. That separation between editorial and advertising is ideal, however it is not always possible for small hyperlocal sites. If editorial staffers are writing the sponsored content for advertisers, publishers should act as liaisons and limit contact between the two sides to protect the integrity of the newsroom.

In order to charge a premium for sponsored content, local publishers need to be able to prove their value. Publishers should expect that advertisers will want to know the number of views, unique visitors, and time spent on each sponsored post.

Although impressions and engagement are often seen as the most important metrics when valuing sponsored content, publishers should also consider taking it a step further by tracking reader demographics, as well as article completion rates, and in some cases even the offline behaviors of visitors who’ve read sponsored articles.